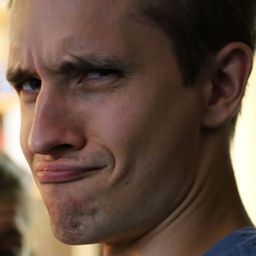 My name is Tomasz Stachowiak, and I’m a professional madman. I mostly tinker with real-time graphics, and occasionally trace my path in Veach-land. By day I’m a reputable software engineer at Embark Studios, while at night I bask in the suffering of compilers and GPUs. Here’s some of my nonsense:

A mini-game we developed at SEED for autonomous agents: PICA PICA; the cutest Skynet implementation around.

It sports an unusual renderer: rasterization meets raytracing meets specialized denoising. I worked on global illumination, reflections, shadows, and a bunch more. Here’s some slides on those.

AMD’s Graphics Core Next GPU architecture has a number of interesting features which one cannot access via standard APIs. I show how to hack around the OpenGL driver, and feed it native shaders written in GCN ISA instead of GLSL. Slides here!

Practical application of the GCN hacks: indirect dispatch of lots of unique compute shaders and native barycentric coordinate access. Those allows for efficient surface shading in a deferred manner without the use of ubershaders. Geometry and material descriptions can be decoupled, and we gain a lot of control over shading frequency. Slides here!

How not to use DLLs

Importance sampled screen-space reflections with a novel spatiotemporal filter. I prototyped it in a toy engine written in the Rust language, and later ported to Frostbite. It first shipped in Mirror’s Edge and Need for Speed.

Check out the slides for my Siggraph 2015 talk which was part of Advances in Real-Time Rendering in Games.

I joined Creative Assembly straight out of university, and had the opportunity to work on Alien: Isolation. It was quite a blast, and an amazing learning experience. I contributed to deferred lighting, physically-based rendering, end-to-end skin and hair pipelines and rendering, in-house real-time radiosity, post-processing, and a bunch of other tech.
I presented some of our deferred rendering tricks at Develop 2012.

An old rendering engine I wrote for my master’s thesis. It had a lot of over-engineering and naive design, but also a few neat ideas, and a custom node-based shader editor.
Read more.

A crossbreed between immediate- and retained-mode graphical user interfaces. Both styles could be used where appropriate, and a domain-specific language helped with the creation of fancy layouts. The backend targeted the GPU directly and rendered in only a handful of draw calls. Written in the 1.0 version of the D programming language. User docs here.

An excursion into an unusual territory for me – game networking and physics synchronization. I had the ambition of making a Battlefield-like game, but that turned out to be too vast in scope… Surprise, surprise! In any case, it was a valuable and fun learning experience. I used ENet for the low-level networking, rolled an authority scheme on top of it, and synchronized a Havok physics simulation as well as gameplay logic.

Ok, this one is here just for the bragging rights. I claim to have written the world’s first compile-time raytracer. That is, the compiler runs, and there’s no executable generated. Instead, it prints garbage to stdout. Redirect it to a file, and you have an image. I did it in the D language before it even hit the 1.0 version, so it didn’t have any of the modern compile-time function evaluation. Old blurb here.